Unfinished Tale Feel free to contribute to the Greater Work by Contacting Site Admin. or one of the Many International  Intelligence Operatives Effected by this Aduish Prodiginies Evils. 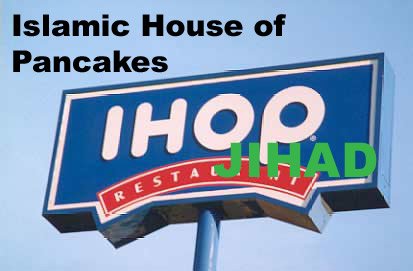 Thomas Hoffman of Germany and a Nazi Family photo’d by his https://www.whitelodging.com/  who are developing a Separate Hotel System for the Royal Masonic Nazi Coded Citizens that His Wife Family Meredith McCoy from the McCoy Masonic Nazi Regime are Coding even advertising with their 32nd Degree fez and White Swastika regalia.

The  Family and friends of Scotty and Pendrey  McCoy built this  Depopulationist Jijadist IHOP loaded with their families 32nd Degree “Pawnable” Jihadist is How the Classified Topics are discussed  among those who care to enter into their families Church or Private School where their Kids sit laughing as other families are being mass murdered down in Dixie Land due to their Elevated Status among the Communities lazy and Ignorant Church member Targets who are to pathetic to get off their asses and save their own lives believing like the 9-11 victims and the invasion of Iraq not Saudi and Certainly not Mcoy Masonic Publications and regalia in which George Bush is a Brotherhood member.

International House of Pancakes is just one spot to avoid and to warn others to avoid.  They are so Proud of their families Depopulation  Schemes along with their Children who sit leaching off their families they work to mass murder through taxation for Terrorism. Its all Code Blue at  Brentwood Academy in Washington County Georgia. Brentwood Academy was built immediately after Integration of Public Schools in the South was federally Ordered to ensure their Educations in Depopulating those in this Government who could not accept the fact that whipping and Hanging others White and Black alike is not a Good Idea.

So the British Monarchy whose Royal Masonic Nazi Regime had funded the South in the Civil war to ensure America would become more dysfunctional morally  and clearly destroyed from the inside out as their British Monarchist ahve continued to do even so boldly coming to meet the Brentwood Academy Co- Operative McCoy’s whom built the Codes along with their families that to them is ever so bloody and boastfully as Dress in Blue to Answer the Question and Grab a Bottle of Booze to ensure everyone can fill their stomachs with Your Alcohol so You can beand legally murdered and forgotten as  William Morgan, Killed in their 9-11  or killed in their death camp hotel grid.

The list below is one you better read, “Target Citizens”.

The Families behind this Islamization ” Importing and Successful ” Depopulations Schemes-Mass Entrapment and Mass Murder are Predominantly The Christian and Luciferian Masons families coded in so many various ways, erased from the News except in Symbolic Gestures in the Settings through Physical Objects and Numeric or Words. Every City in the earth has this System running in it like a Programmer coding his failed creation in which the delete kill commands are issued so violently and malicious and so very rewarding to those who have succumbed to this type Far to Self Righteous, Self Serving, and liken unto the Pharisee’s that not one decent Person in this Earth no matter how humble and subservient can be excluded from these long foretold of Kings and Big Men, The Elites of this Age of astounding Violence and deceitful workers of Sorcery who call to the community from the Heights of Public Office and Their Churches to the Poor and Oppressed who are seeking Heavens Help only to be carried away by these Church members to be Deceived into a Sorcerers Drink of Mentally Impairing and Disabling Alcoholic Beverage that I’ve experienced 1st hand along with Others from the International Intelligence Divisions working to Obey the Laws of a Peace Keeper.  After the Boozing-Drugging of You the Citizens Targets of their Religious Sects they will then awaken You in an environment so evil  taking Your Drugged and dropping body to a place in which You will be defiled then Legally entrapped, forbidden adequate legal council, medical attention and then a Code Blue Execution. Simply because You would not want this kind of World they have Created from the very Crowns of far to many Relegious Institutions that deem this a Classified Matter.

Currently not 1 News Agency in this earth will write this Intelligence and Place these facts before humanity due to their Leaders and Followers. I’ve seen with American Federal Intelligence in which I am among continually the coverup and manipulation of the Earths Most innocent leading the World to the Grave then placing even my Families names on the list of the Cooperatives  and upon discovery of this information release that my Family who would be John Hancock Green Pasture Bred to be Honest and Morally Upright,  correcting humanity with Love and Gentle Instruction not through means of Mass Murder and Intentional Legal Execution formatting called by the evil Crypto logics.

This is the reason Edward Snowden has Left America and clearly landed in Russia who was also attacked by the Royal and Common Lodge Masonic and Shriner Nazi  Lethal injection Media,  Narcotics  and Jihadist.

As their Brotherhoods advertise in the Print their entire religious factions are equally running on the same deadly mind program.

The Mcoy-McCoy Families such as THe Family of Scotty, Pendrey, Chris and Meredith McCoy Hoffman are from the very groups who paid Hitler and Paid every Fake News Organization in the earth to Create these 32nd Degree Blue Coded  Mass Murder and Regeneration of their Angels whom created them to do exactly what You see befalling our Global Communities.   In the City of Sandersville. Georgia U.S.A. You can meet the families who agreed and even met with the British Monarchy to create the MCoy-MCCoy Masonic Naiz regime in America and created the Loaded IHOP and Loaded Patel Families who are not all involved but mostly in the Development of the Modernized Death Camps called the AAHAO ALOHA Death Camp Hotel Systems loaded with victims of their Cocaine and Heroine like the Stores beside the Hotels and from on High sits Meredith  McCoy of America and Thomas Hoffman from the very family of The Royal Masonic Nazi regime from Nazi Germany in a luxury Hotel Chain Blue Coded White  Hotel Coorprate exactly as Hitler was sitting with Eva Braun in luxury creating Mass Murder as these families have advertised they would do  in their Families own MCoy Masonic Regalia Shops and in their responces to American Intelligence Officials who opened their Homes to these Families to undo this Terror before they ever engaged in this Crime so evil no one in Heaven above could ever approve and certainly not Humanity as a whole.

The Asian American Association Hotels are a group the Masonic Nazis Novus Ordo politicians have advised us are being used and funded to produce the desired Narcotics Terrorism required to reduce non informed citizens to a corpse and these Patel Families are Allied with the Taliban.